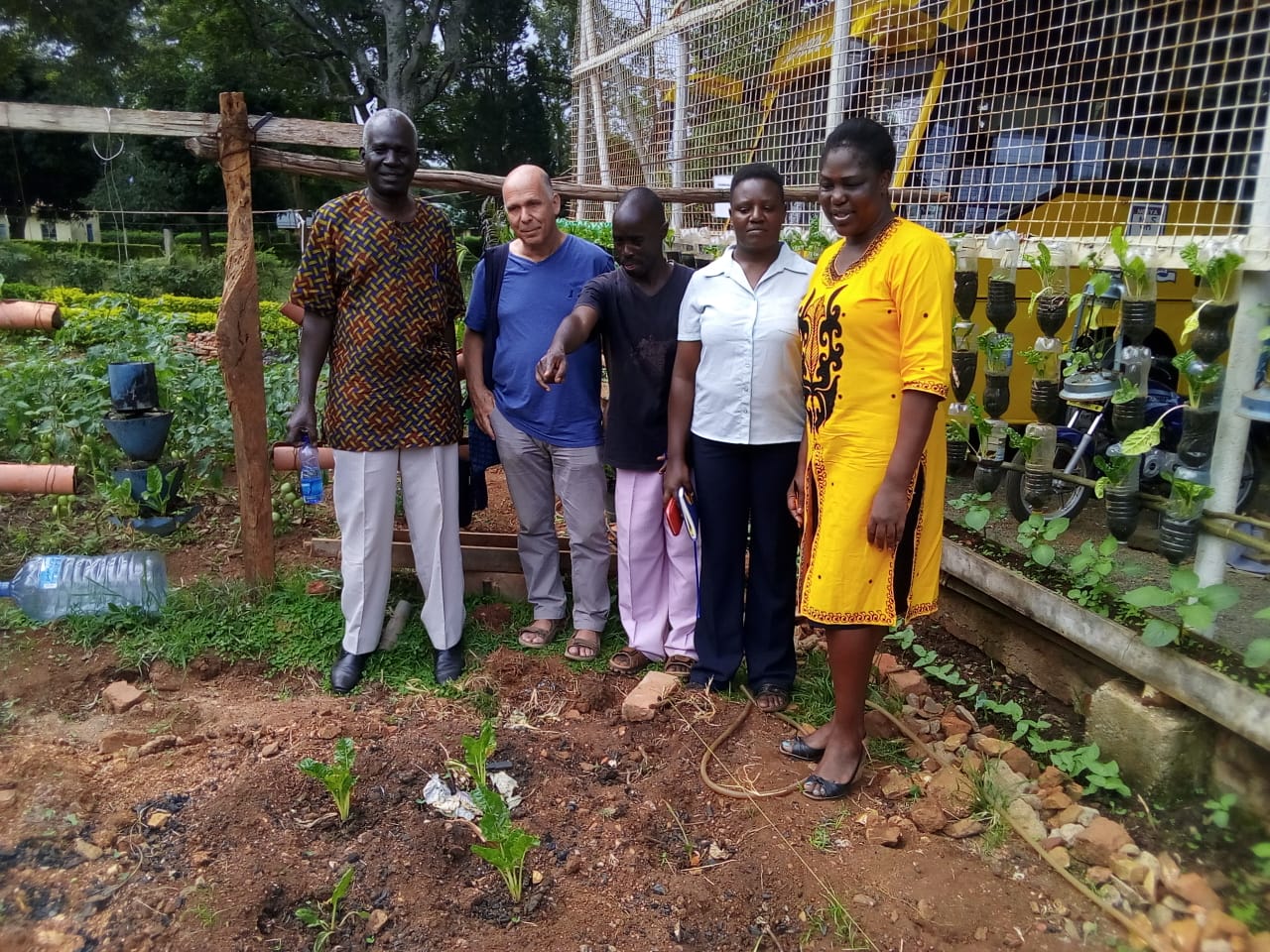 In a hot summer  day of March 2016, inside the “hut of wisdom” at Joel Omino Secondary School an idea came like an inspiration from God our creator, thusTOP KENYA became into being. Seated there were the  then school principal James A. Otieno, Eyal Bloch of David Yellin College Jerusalem, Sebastian Maina of YARD Kenya Lily and Angela of KWEN and Eliud and Tabitha of RODIKenya. It was a discovery that so many organizations in Kenya were already implementing Education for Sustainable  Development (ESD) although referring to it in different titles. Within no time Jane Muthiga of Elimu TV and John of SCOPE Kenya joined the already moving train.

The 1st leadership connectedness  course took place in February 2017 at RODIKenya in Ruiru. The highlight  of the course as described by Philippe Scheimann from Israel and I quote ‘is’ The vision of Top Kenya  is to develop young leaders who can use simple approaches to connect with the environment”. While Eyal Bloch, the Top Global founder says  “the objectives are to address basic life necessities using sustainable materials with minimum maintenance costs”. One of the trainee summarized the course like this and I quote:

“ Have you ever wondered how it would feel when all the years you spent in school were reduced to one week and the things that were hard are now more than possible  and reality. I have shifted from “I cannot do it” to I  can’.

The following February i.e 2018, saw the number of participants trippled  ie the facilitators and the trainees. The famous world documentary maker Ran Levy Yamamori spent a whole week with enthusiastic young people on creating film documentary and being able to tell their stories. A very energetic man by the name Yaniv Fieldust from Jerusalem had the largest class entitled “creating greenwalls ,for food security and environmental upgrading” . Emma  Aime from France taught the class of “ up-cycling of food”. This has become the new baby in the house as everyone wants to know what is meant by up-cycling.

2019 marks the next level of TOP movement, on one hand 11 of our graduates were able to transform their home or institute into a TOP center, a center where visitors can learn and be inspired. On the other hand we are joining hand with ministry of education and as ministry of small business and some the bestcompanies that are leading Kenya towards meeting the 17 sustainable development goals like GOIP, Green bright, Strauss energy and more

In Mtwapa we meet the giant Sahajanand special school where the children with various disabilities have created a beautiful greenwall along the school perimeter wall. This school will also host the first African conference of persons with disabilities in July 2019. This confirms disability is not inability.
In Thika Joytown Special School for the physically challenged were the first to create a greenwall. Here one of their teacher by the name Mr. Stephen Gichuki having been trained by TOP  Kenya was in January 2019 in Berlin Germany sharing on various ways they use to empower young people and this involves among others establishment of a greenwall.
In Siaya County you meet Senior Principal Madam Florence Okut inspecting her greenwall laid by the students as a result of the farm manager Mr. Mutula who attended the course. The school has been suddenly transformed as one approaches the principal’s office , you will be amazed how food has become “flowers”. They grow anywhere  including on top of a septic tank, old wheelbarrows, school bus garage, staff room wall etc.

Joel Omino Mixed Secondary School, the  pioneer ESD model center has gone places to cascade the message of ESD as a way of life. The then principal Mr.James Aggrey Otieno (the current TOP Kenya coordinator) in September 2016 had the privilege to address a special UNGA (United Nation General Assembly), in New York City on behalf of MASHAV (Israeli International Cooperation and Development Agency). In attendance were 23 African head of states and the meeting was hosted by the Israel prime minister Benjamin Netanyahu. The school has continued to shine the light of ESD not only on the ground but far and wide. In 2018 the students captured the attention of the director general of education  at their presentation at KEMI during the launch of KEMI ESD model centers.

RODI Kenya, SCOPE Kenya and YARD Kenya have transformed many people’s lives through permaculture programs in schools and prisons in Kenya and beyond. With this simple technology people like Justus, although hails from tea zone areas  produces vegetable and energy saving jiko that has created employments/ jobs. Elimu TV has used its large communication network to reach out with simple technologies, while KWEN has equally transformed the lives of over 4,000 women in Bomet.